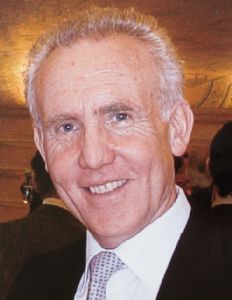 Tom was a man of enormous energy who believed in living life to the full. That fullness was visible in his commitment to his Christian faith and his devotion to people - both those around him and those in Africa, a continent he loved. After training at Cambridge and The London Hospital, he worked in Nigeria. It was there, training nurses, midwives, and medical personnel, that he developed his lifelong commitment to medical education. Throughout his career, Tom's faith continued to motivate him to help develop medical education and primary care in poorer countries, and he made regular voluntary trips to Kosovo, Albania, Ghana, Nigeria, South Africa, Sierra Leone and Zambia to teach and advise.

A natural leader, Tom was widely respected among both peers and juniors as a gifted teacher and wise counselor, but even more as someone who could rapidly make deep and lasting relationships. So great had been his impact on the development of primary care in developing countries that the International Committee of the Royal College of General Practice made him an award for lifetime achievement, given to exceptional individuals for their contribution to primary care an apt and richly deserved tribute to his professional life.

Tom leaves a legacy and example of practical Christianity and commitment to others in many medical institutions and universities in Africa, Eastern Europe and the UK, where his inspirational leadership and teaching will long be remembered.

This memorial fund is a way of further extending the work to which Tom gave so much of his life, for the benefit of those in resource-poor situations amongst whom he served.

The work of PRIME in Africa, which Tom headed, will continue to build on the foundations he created and his vision to bring better health to people in that great continent. You can be part of that vision by contributing to the Tom Garrett Memorial Fund.

A printable version of this information, including a donation form, may also be downloaded.