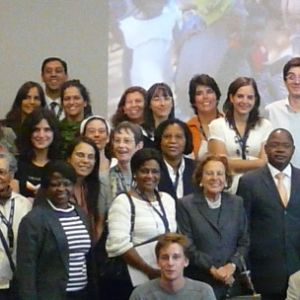 PRIME grew from a UK initiative in postgraduate medical education during the 1990s, which was recognised by an award for services to medical education from the British Postgraduate Medical Foundation and received the accolade "The Best Course Ever" in a faculty newsletter of the Royal College of GPs. Sponsorship was offered to doctors from Eastern European and African countries to attend and from these contacts, and the growing reputation of the courses, invitations came to offer similar educational activities in Eastern Europe, Russia, North and East Africa and Asia.

PRIME’s development from 2001 to 2006 centred around the ongoing thoughts and activity of a small group of individuals - along with a handful of friends supporting individual teaching projects abroad. During that time the help of our friends was invaluable, but few took up the initiative and responsibility necessary to drive forward any new development.

Since 2006 the organisation has been growing hugely; it has developed an enormous number of supporters, contacts, overseas partners and tutors - to the extent that, so far, over 90 countries have been involved.

Partners in many countries support PRIME activities whenever we visit them for joint educational events, and many put themselves out to care for us and to further the work and networking of PRIME in their country. The founders of PRIME have remained a small core but now link with many effective teachers working in and for many countries. These teachers and partners are very faithful, working in their own countries and indigenous organisations to further the growth of compassionate healthcare worldwide. We honour these colleagues and find it remarkable that in spite of its size this small core has been blessed to see such fruit across the world; PRIME’s original vision has been recognised.

The effectiveness of this small, cost effective organisation of active, energetic and enthusiastic leaders and teachers is amazing. Its success builds on a fundamental mix of being ambassadors for what is taught and the creative, interactive and experiential teaching methods used. The combination of medical education, modern in both content and process, together with the personal witness of faithful teachers who will serve an overseas group again and again has undoubtedly proved powerful. But the vision of PRIME has always been to encourage and empower teachers in their own country to replicate and develop PRIME’s teaching of compassionate medicine locally such that, as an organisation, we are no longer needed except for support from the sidelines as established friends.